Crowned Traditional Singer of the Year & Traditional Dance Champion at the 2015 Pan Celtic Festival, Joy Dunlop’s singing career is the result of a life–long fascination with Scotland’s traditional music and has led her all over the world; from major Celtic festivals, to touring the UK, Europe, Canada, USA, Japan and New Zealand.

Through her singing, she showcases Gaelic music and song in a contemporary way that always remains true to its roots. Nominated as Gaelic Singer of the Year 2020, 2016, 2011 & 2010, she has also won both the coveted Royal National Mòd Gold Medal and the Oban Times Gold Medal and released two highly acclaimed solo albums, Dùsgadh and Faileasan. She is also the driving force between ‘Gaelic/Gaeilge supergroup’, LAS and has released collaborative albums with Twelfth Day, Music Makes Me and Melody & Derrick Cameron, amongst others.

A popular television & radio presenter, Joy forecasts the weather on both BBC Scotland & BBC ALBA and co-presents the BBC Scotland Young Traditional Musician of the Year competition; in addition to frequent appearances on Radio Scotland and Radio nan Gàidheal.  She also conducts the Alba Choir, Scotland’s first and only Eurovision entry, who participated in the 2019 Eurovision Choir of the Year finals in Gothenburg, Sweden. 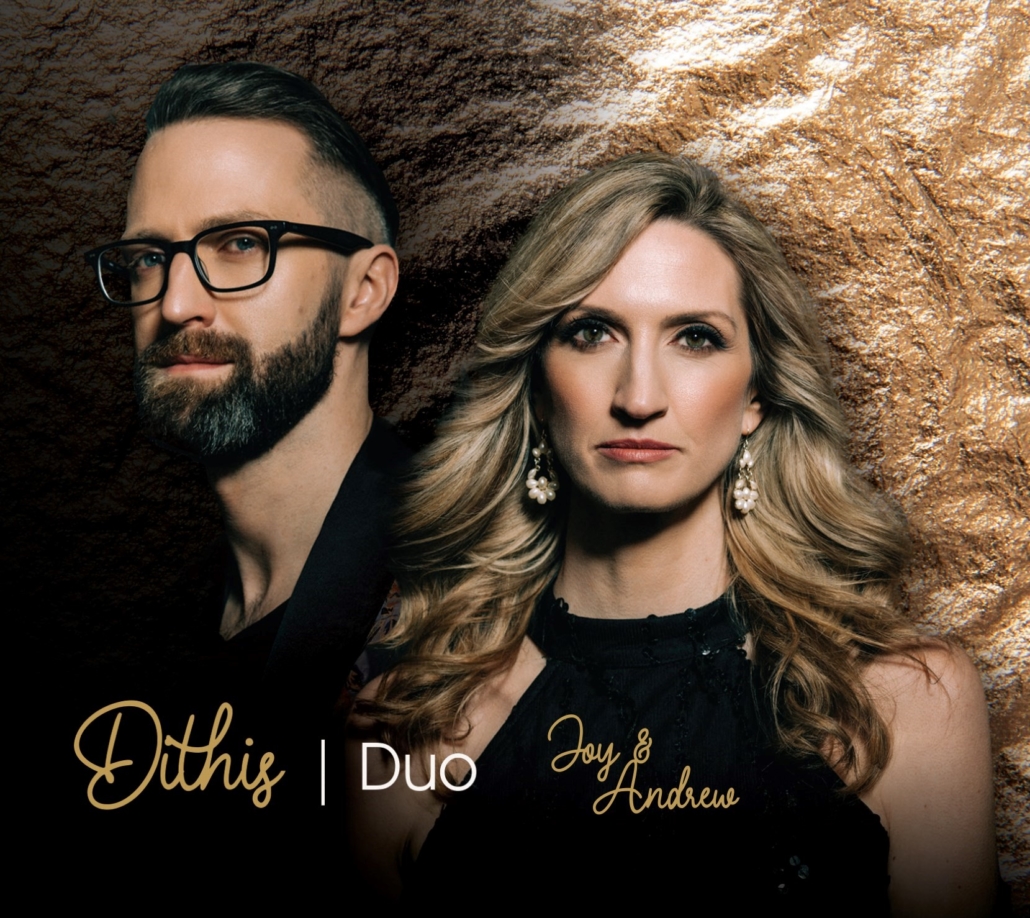 Dithis (Duo) is the debut album by sibling duo Joy and Andrew Dunlop. From an early age, the pair was steeped in the rich, musical tapestry of Argyll but developed their talents in different ways: Joy immersed herself in Gaelic song traditions and Andrew followed a classical path. Dithis is a meeting and melding of their two worlds; marrying traditional Gaelic material with classical leaning accompaniments, to create a sound uniquely their own.

Following creative residences on the Isle of Mull, Dithis explores the paired back relationship of piano and voice, with light touches of harmonium and glockenspiel. Raw, authentic live performances in English, Gaelic and Scots explore the universal themes of love and loss through the centuries, creating a fusion of musical unity and understanding that pushes traditional musical boundaries, whilst maintaining a distinctive air of authenticity throughout.